Chatham Area Transit is planning to remove 12 bus stops located in Thunderbolt, which is outside of the tax district that funds CAT’s operations.

This removal was approved by CAT’s board of directors on Tuesday after CAT received complaints about Thunderbolt being served when the town is not paying for the service.

“Unfortunately, CAT is prohibited by the state constitution from continuing operations within Thunderbolt under the present circumstances,” said interim Executive Director/CEO Michael Brown. “For service to continue, Thunderbolt would have to become a part of the transit district and be subject to the associated tax levied by Chatham County to help pay for the service.”

The stops are mostly located on or near an almost-mile-long section of Whatley Avenue, between Victory Drive and Falligant Avenue.

The CAT bus route, 12 Henry, which currently serves the stops, will continue to operate.  Buses will continue to travel along the existing 12 Henry route, but will not be able to stop in Thunderbolt.

Stops on Falligant Avenue at the northern entrance of Savannah State University are not in Thunderbolt and will remain in service. 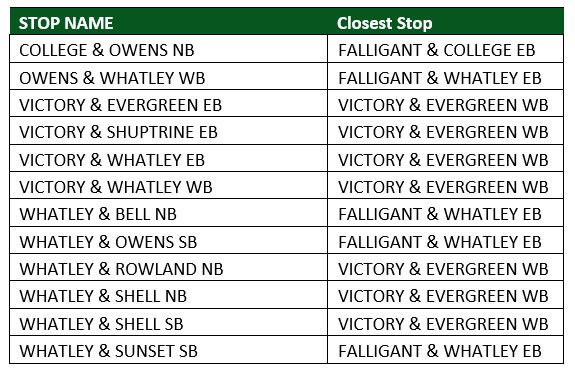 CAT operating on a holiday schedule for Labor Day