The Bus Roadeo serves as an arena for qualified employees to showcase their driving skills and prove their knowledge of safety procedures. The event consisted of a written safety quiz, a pre-trip bus inspection, a personal appearance checklist and a timed obstacle course.

History was in the making this year! The coveted first prize, Frederick “Flash” Gordon Award, was presented to Donya Hart, who placed third in the event last year and is the first woman to ever win the event. Renee Rhodes, a thirteen-year veteran placed second and was the first woman to ever do so; and Louis Givens, a twenty-four year veteran placed third.

Hart will advance to the American Public Transportation Association’s (APTA) International Bus Roadeo to be held in Louisville, KY on May 19, 2019.

“I am extremely proud of the drivers who participated in our local roadeo. The obstacle course was complicated and all of them did well,” Curtis Koleber, CAT CEO said. “We are looking forward to our champion bringing home the Big Wheel at the APTA International Bus Roadeo.” 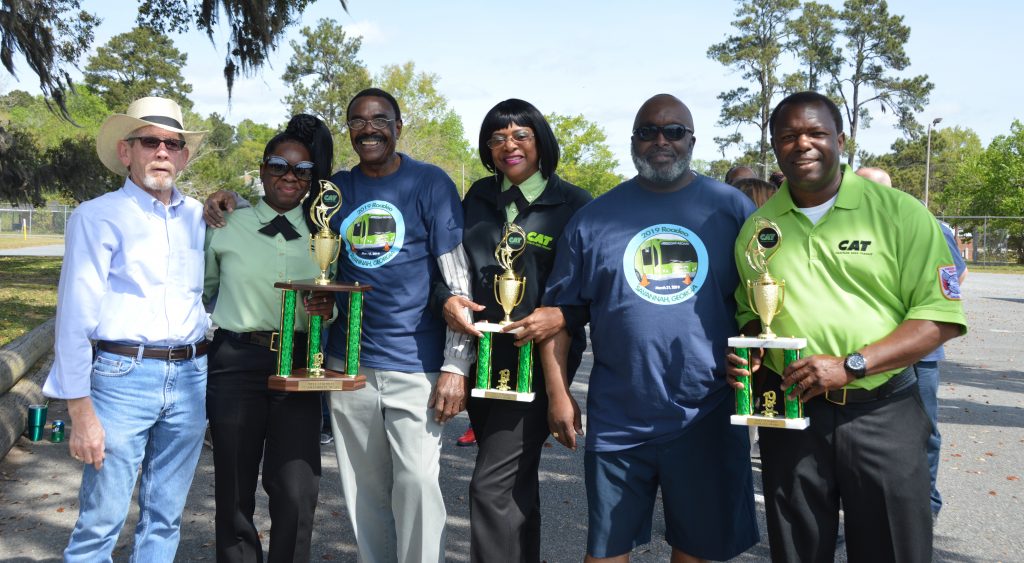 Get on Board for Public Transit, Ride Transit on Thursday