Chatham Area Transit will be deploying the agency’s first electric vehicles on Saturday, April 23, following a ribbon-cutting ceremony for the vehicle launch on Friday in conjunction with Earth Day celebrations.

The GILLIG battery-powered vehicles will be put into service Saturday morning along the 14 Abercorn and 28 Waters routes, two of CAT’s most popular service routes.

It is imperative that public transit providers such as CAT publicly embrace their role in fostering a healthier environment in the community and worldwide, said CEO Faye DiMassimo.

“As we celebrate the launch of our emissions-free vehicles on Earth Day, it is important to note that environmental stewardship should not be a one-day affair,” DiMassimo said. “We remain committed to investing in a green future in the years and decades ahead.”

CAT currently has six electric buses in its fleet, with plans to increase that number as diesel vehicles are aged out of service.

The buses are being deployed in a phased manner to determine the most efficient and best use of the vehicles. During the initial phase, only two vehicles will be in service at any time to ensure backups are available for use if needed.

The emissions-free vehicles take about 2.5 hours to charge and can run for about 220 miles between charges. While upfront costs are higher, the buses are expected to cost less than diesel vehicles over time due to reduced operating and maintenance expenses.

Charging stations have been installed at CAT’s bus lot on East Gwinnett Street to power the vehicles. In addition, CAT acquired a mobile charging trailer so that the electric buses can be charged in remote locations during hurricane evacuations and other emergencies. The buses are also equipped with roof-mounted charging rails, which will eventually allow for overhead charging at equipped stops along bus routes.

Consulting firm, HDR, is currently developing CAT’s long-term electric bus roll-out and implementation plan to document the performance and operating costs of the battery-powered vehicles and ensure efficient deployment. The plan will help CAT prepare for the expansion of the emissions-free fleet, which could also include alternative technologies such as hydrogen powered vehicles. 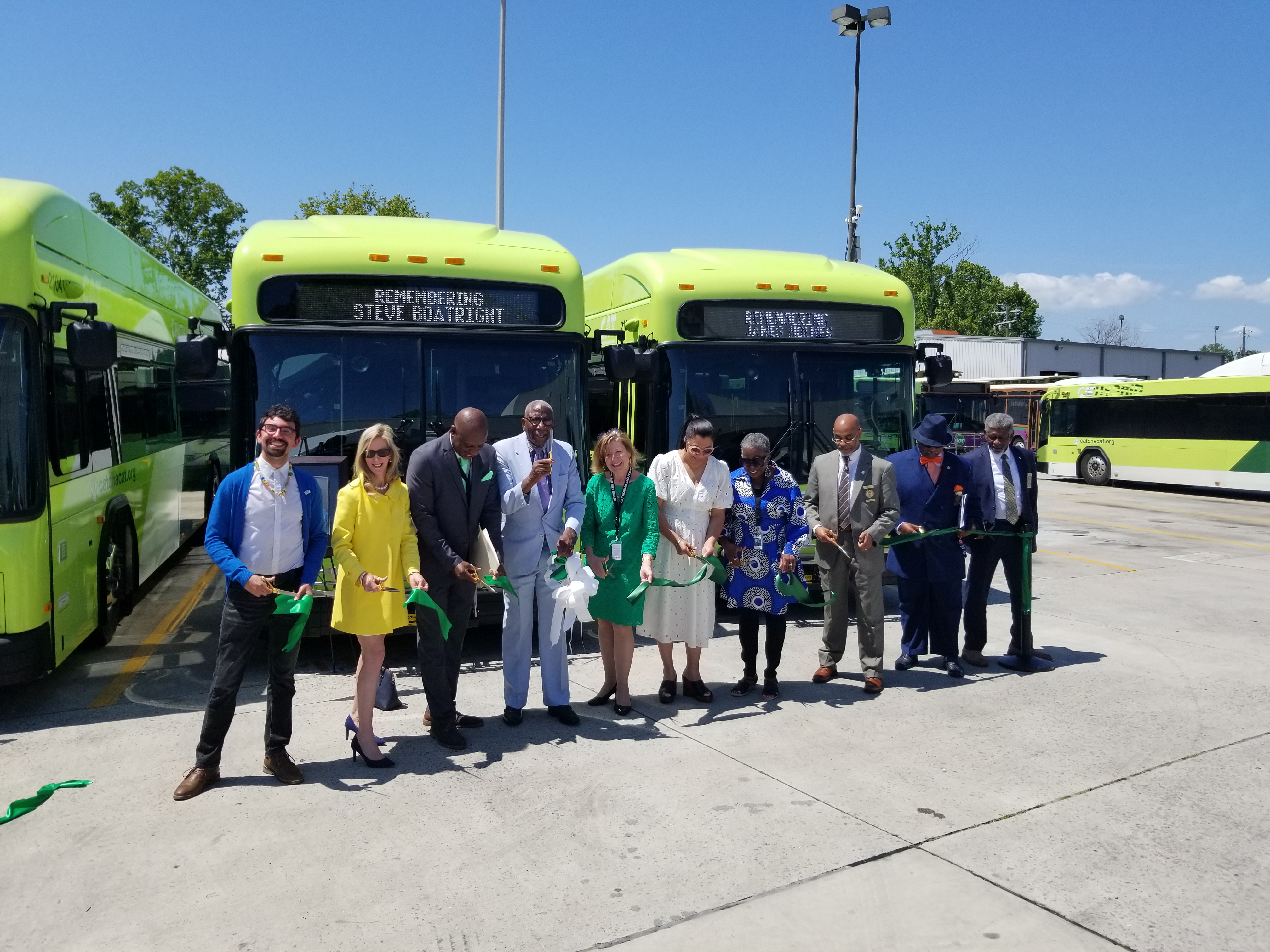 CAT Board May 2022 meeting calendar