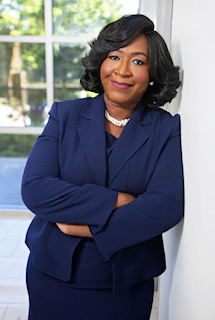 Savannah, Ga. — The Chatham Area Transit Board of Directors announced Tuesday its selection of Bacarra Sanderson Mauldin as the organization’s new CEO/Executive Director. Mauldin currently serves as Director of Policy and Innovation with the New Orleans RTA, a regional transit authority with a fleet of 130 vehicles, a streetcar system, ferry boat operations and an annual budget of $109 million.

Mauldin is a senior executive with fifteen years of diverse experience in public transit, public administration, municipal government, grants administration and business operations. She brings to CAT the unique perspective of having been a transit CEO and a transit Board member on two different boards.

Prior to her role at RTA, Mauldin served as Executive Director for the Birmingham Regional Paratransit Consortium where, after having served on its board for three years, she managed its fleet of 46 vehicles and its annual budget of $5 million. Other positions included her roles as Board Member (Vice Chair); Secretary/Treasurer; and Chair of the Operations Management Oversight Committee with the Birmingham Jefferson County Transit Authority (where she grew the budget from $30 million to $42 million by approving innovative service models, bringing progressive partners to the table, and leveraging the agency’s investment portfolio) and her role as Chief Service Officer/Grants Administrator (and senior member of the Mayor’s cabinet), Office of the Mayor, for the City of Birmingham, Alabama, where she advised on civic engagement and transportation-related strategies.

Mauldin is active in the American Public Transportation Association (APTA) and the Conference of Minority Transportation Officials (COMTO), and she has held leadership positions and received numerous association and civic awards for her service and accomplishments. She holds a Master of Science in Management and a Bachelor of Business Administration from Faulkner University (Montgomery, Alabama). She is expected to begin work at CAT on June 29, 2020.